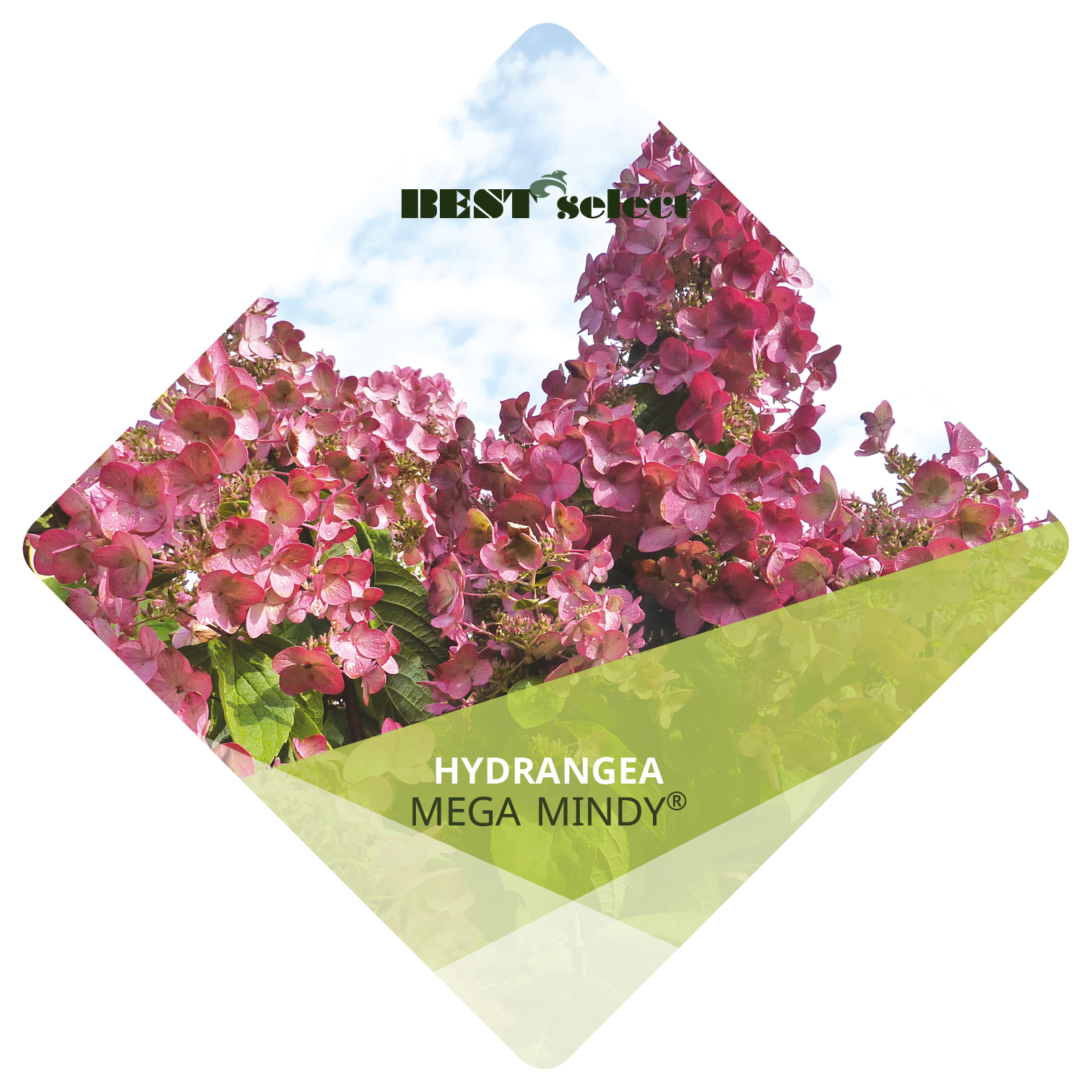 Striking top-class plants are: Hydrangea Pinky-Winky, Mega-Mindy, Bobo and Cloudi. These four cultivars are strong plants with magnificent panicles which do not get blown down or lie sodden on the ground after a heavy shower of rain.

Hydrangea mega mindy® has a solid, fast-growing shrub, which do not collapse under the weight of the inflorescence. The height of the bush varies between about 1.25 and 1.75m. From late July and early August, it comes into full bloom in the garden or park. Typical of this plant are its large cone-shaped petals. Initially, these petals are white, but they turn pinkish red in late summer and autumn. 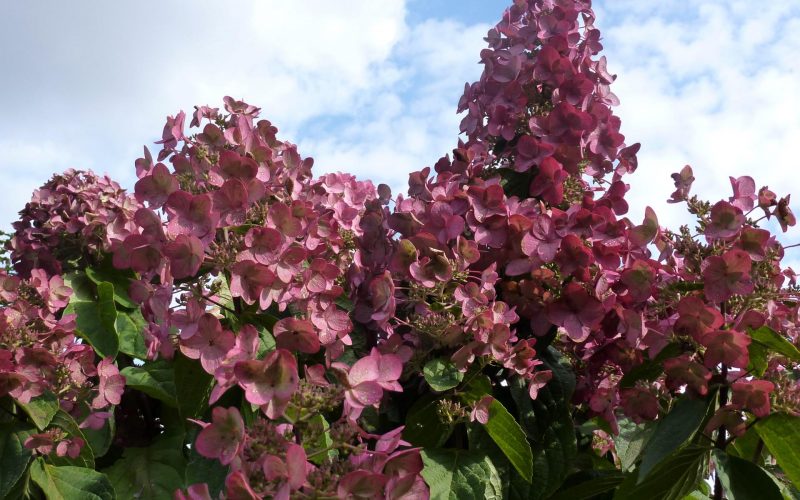 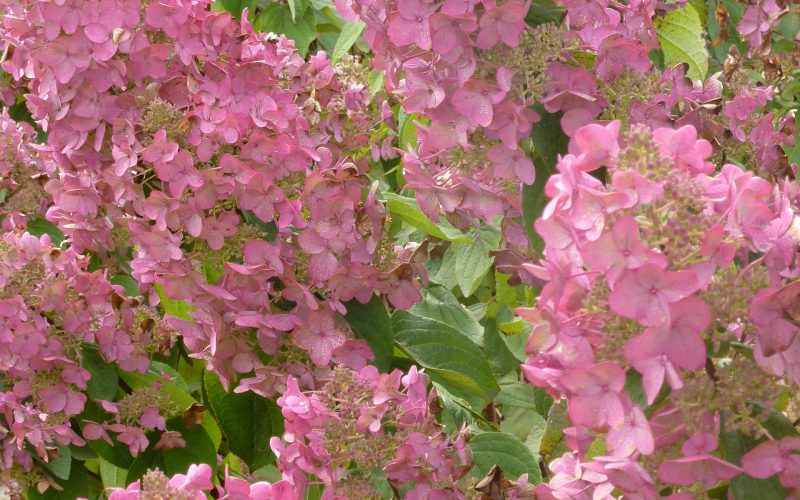 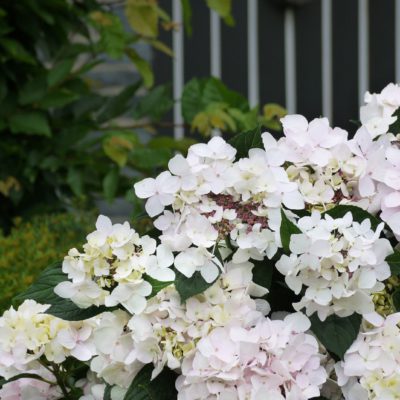 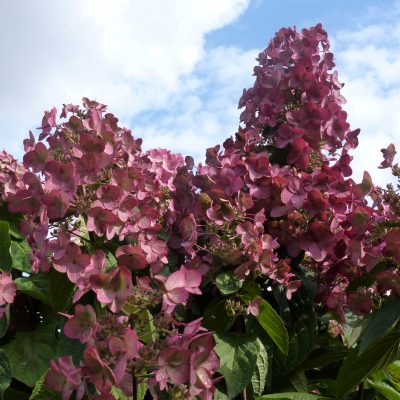 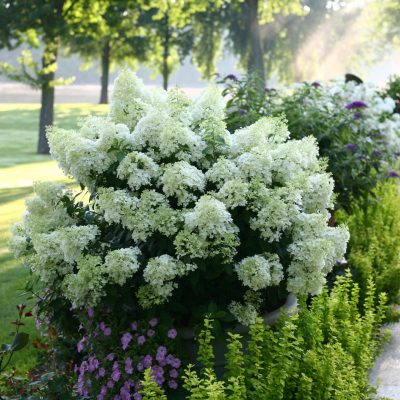 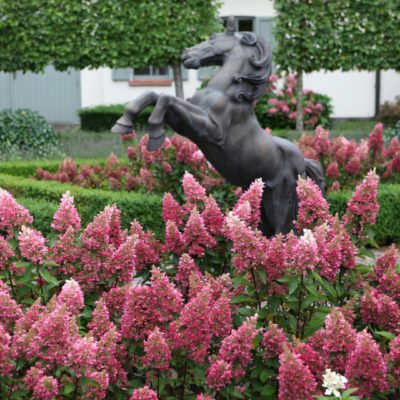